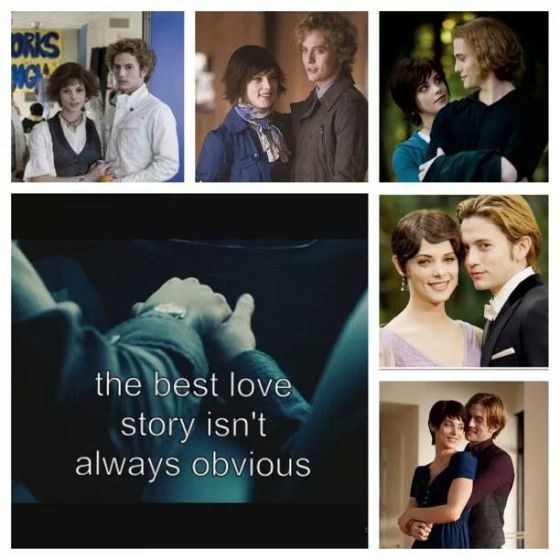 Ever since Twilight was released, the movies at least, there have been haters. Anything that rockets to the top that fast will of course be subjected to criticism.

The first thing that annoys me about this fact, is that you should never put down what someone is reading. There are so many people in this world who can’t read, and even more yet who don’t want to read. If someone chooses to read, no matter what it is, it should never be put down. I don’t care if it’s Twilight, Fifty Shades of Grey or War and Peace, if you want to read it, read it!

The second thing that upsets me about the Twilight bashing, is the fact that everyone is so quick to compare it to other books. Yes, the Harry Potter series is amazing. I’ve read them all and love them all! Why are people so quick to compare the two? The plots are different, the character base is different the intended audience was different. Yes, they both launched to the top of bestseller lists, yes they both become popular outside of their intended audience, but that’s about all they have in common. There are a lot of people that love both series, leave these people (including me) alone. I would never say that one is better than the other. Does Harry Potter have a deeper message? Yes. You know what though? Sometimes I just want a simple read where I can have some feel-good moments and that’s all. Reading for the sake of reading is sometimes enough!

The third and final bothersome thing about the Twilight haters is the assumption that Bella and Edward are everyone’s favorite characters. Are they the main characters? Of course they are. No one has a problem accepting that Harry, Ron and Hermione aren’t necessarily your favorite characters. If you’ve actually seen the movies or read the books, you can understand that there are other amazing characters to look up to. Is Bella a great role model? I don’t think so. I would never get that depressed over a guy, even my husband, who I love second only to my children!
As you may have realized from the photo I attached, I’m a huge Jasper and Alice fan. Both of these characters have traits to be admired. Alice was alone when she woke to her new life. Instead of falling into despair or going crazy with her new vampire life, she picks herself up and moves on, knowing something better is coming. Yes, she had inside information, but that could also have led to the crazies….. Jasper started out as a traditional vampire, killing humans and even other vampires. He chose to change himself, try and be better. He was doing ok, but when he met Alice, he understood that he needed her help. Sometimes in life we need to realize that accepting help doesn’t make us weaker.

The next time you or someone you know starts bashing Twilight, or any book really, ask them to stop and think. Do they even understand the story? Have they read the book? Are they basing their opinions on what reviews or society in general has said about it? Don’t be the one that says something hurtful and makes someone question their choices about reading materials. Especially if you’re not an avid reader yourself.
If you’ve actually read the book and didn’t care for it, make it a debate instead of a put down. Try to be mature about it…….
All I’m saying really is that what appeals to you, may not appeal to others or vice versa. You’re not always right and despite what I say, I’m not either. Let people read what they choose.
Read on people, read on!

So my world has fallen back into a semblance of normalcy. The final chapter of the phenomenal Mortal Instruments series was released. I have had sufficient time to read, re – read my favorite bits and skim back through the previous books and be happy again.
I’m trying to decide if I’ve become a whore of a fangirl. It’s sounds like a joke, but seriously! Harry Potter kicked it all off, making me crazy for the books, until all of them were out, then I had to wait for the movies, but that was ok because I knew how they ended! Twilight came along and sucked me in, those books were all out already, so it was just the wait on the movies. Onto the Hunger Games, the trilogy that took me less than ten days to read, but those movies are still coming, so I still take side trips to Panem. Divergent consumed me, that trilogy taking only 5 days to read, now it’s the wait on the movies there as well! Mortal Instruments I thought would be a diversion while waiting for my other books to release, but the vortex got me again! Soon followed The Infernal Devices. Percy Jackson was a quick read while waiting for the final Mortal Instruments, but still good.
Now I’m questioning my fandom loyalties. My tattoos show some of my loyalties, oddly the only one of the above mentioned series represented is Twilight (it’s a vague reference so don’t judge!). The above image is one I’m considering, but then I think of all the amazing images associated with the previously mentioned series! A trident or pine tree for Percy Jackson. Any one of the runes from The Mortal Instruments. Divergent had some amazing symbols for the factions. Hunger Games Mockingjay, need I say more?!
Does anyone else have these issues? I’ve only run into in the last year for the most part. Is it just a rash of good books coming out? Am I more susceptible to the imagery the authors are weaving in my mind? Truthfully I don’t care that I love so many series, because hello, books are good!

Books themselves are never a problem. I mean, check the Kindle screen! My problem is seriously the tattoo thing. I will soon be the ultimate nerd, but non fans will see the tats and be afraid. Who else thinks this will be funny.
I don’t go off on tangents very often in my blog, this actually was meant to be a review, but I distracted myself. Maybe next time…..

This was the 20th year of Twilight qt the Zoo. It is the Cleveland Metroparks Zoo’s annual night of drinking, bands and good times. This was the first year Tony and I went. It was also the first time in all 20 years that they were rained on. It started out great! Twisted Tea, Samuel Adams, and Jacob’s Creek Wine were all complementary throughout the night and also some yummy snacks. 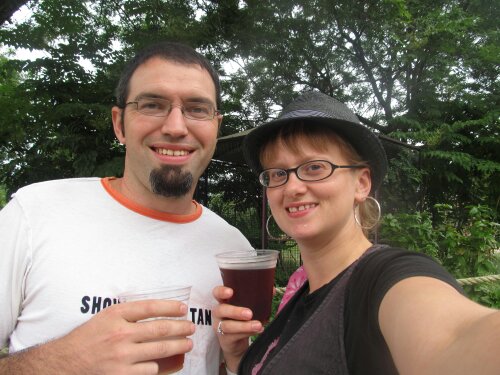 Not all of the bands were my speed, but the best part of this is variety. They had reggae, rock cover bands and a whole lot in between. A couple of the bands were even giving out free t-shirts. I’m all about freebies! 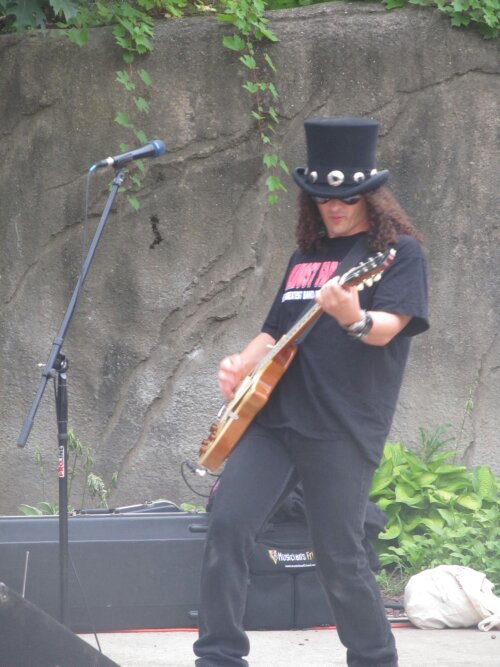 A couple of vendors were there too giving out little prize packs too, so I ended up with a leather padfolio, a few pens and other usually useless items, but I liks free stuff!
The rain was a bumner because the bands had to shut down unless they were one of the lucky ones under a gazebo. We were clever enough to bring an umbrella, but my flats were a dead loss in the rain. So I spent most of the night going barefoot.

We still managed to have a good time, so we are definitely planning to return next year!
Original pin with all the details can be found at http://clevelandzoosociety.org/events/2013/08/twilight-at-the-zoo