My husband’s cousin got married the last Saturday of May on Maryland’s beautiful Eastern Shore. I was excited for two reasons. First: hello! Wedding. A chance to dress up and dance, also getting to see family and have a great time! Second: along the way to Maryland are several great places to stop and entertain ourselves.
First stop was to the tiny town of Boonsboro, MD, home of Nora Roberts’ husband’s bookstore and her family’s pizza parlor, Vesta’s. We’ve stopped here before so it was a nice return trip.
Next up was Washington DC, also a repeat trip for us, but instead of the National Archives, we hit the National Mall.
At first the intention was to visit the Smithsonian Air & Space Museum. We did go, getting there a little late in the day, and it was amazing! I’ve never been there before and Arthur, my son, was in heaven!

I could barely get him to stand or sit still for a picture because he wanted to rush off to the next thing to see. Notice how he’s looking away!
They have so much about the history of leaving the surface of the earth. From the Wright Brothers first flight.

All the way to the moon landing. 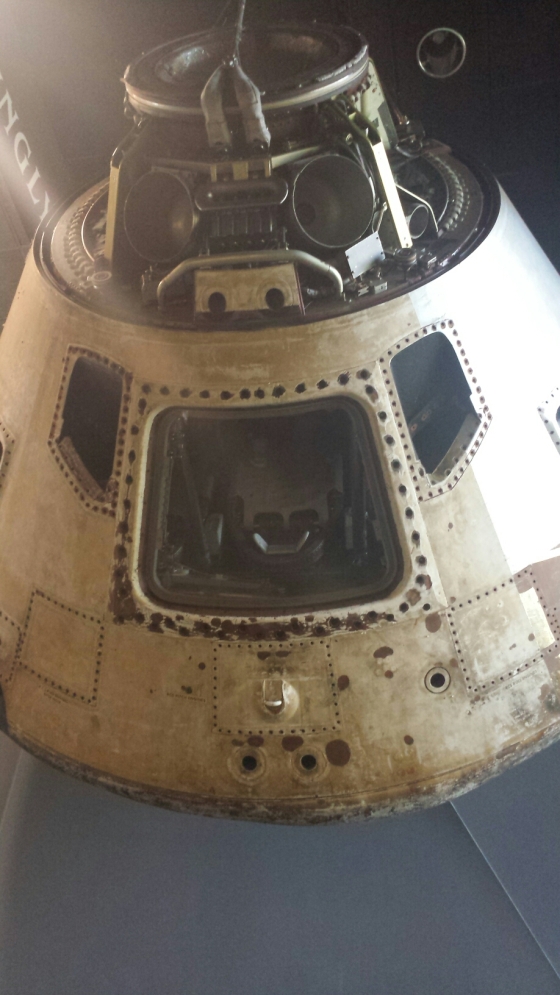 It was amazing all by itself, and I may blog further on it later, but I want to try and encompass the whole Mall. I do want to interject that the museum itself is free!
After leaving the Air & Space Museum, I wanted to walk up to the Washington Monument, to stretch our legs, and to see it up close.

When I saw this map, it was the first time I realized it was called the National Mall. I have googled it and found no explanation as to why it’s called this, but it’s an amazing layout. The mall encompasses everything from the Lincoln Memorial to the Capital Building. We didn’t stop into everything there was, time constraints, you understand, but it was still fun. 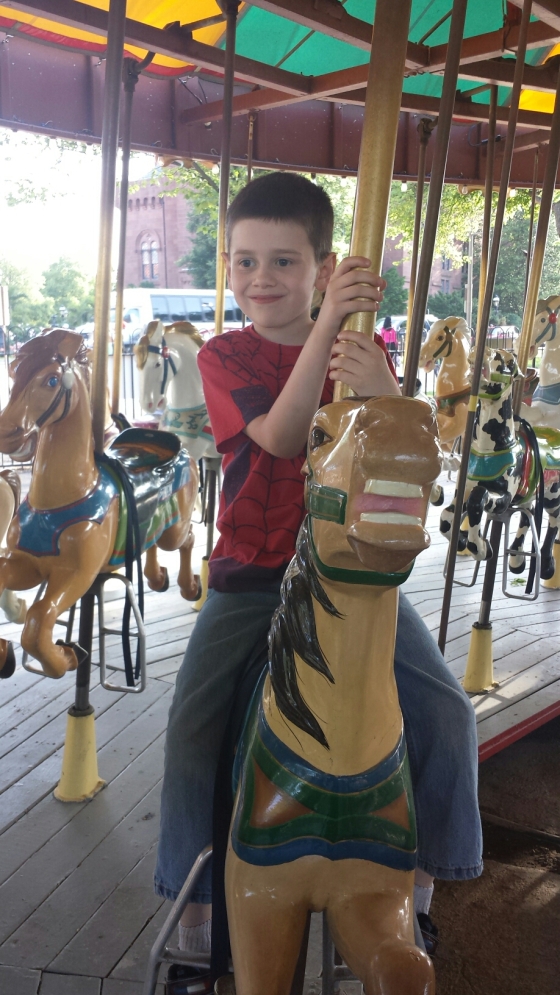 The kids loved the carousel, I did too! It was nice that it’s just there for something fun to do.
I think the most unexpected thing I found was the Smithsonian Castle (or Institute as it says on the building). 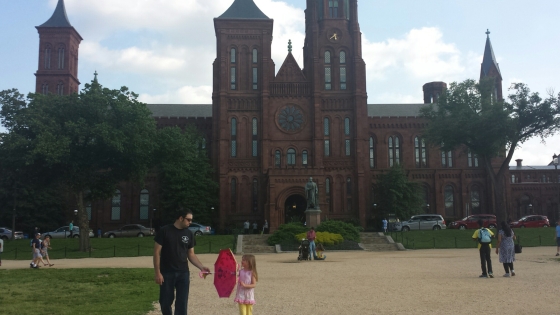 All I could think about when I saw this building was the Institutes from The Mortal Instruments. I was a little over excited that the building said it was an Institute!

Among the sights we could see from the Washington Monument was the White House.

Barely visible, but you could just see the dome of the Jefferson Memorial.

Across the reflecting pool, you could also see the Lincoln Memorial. 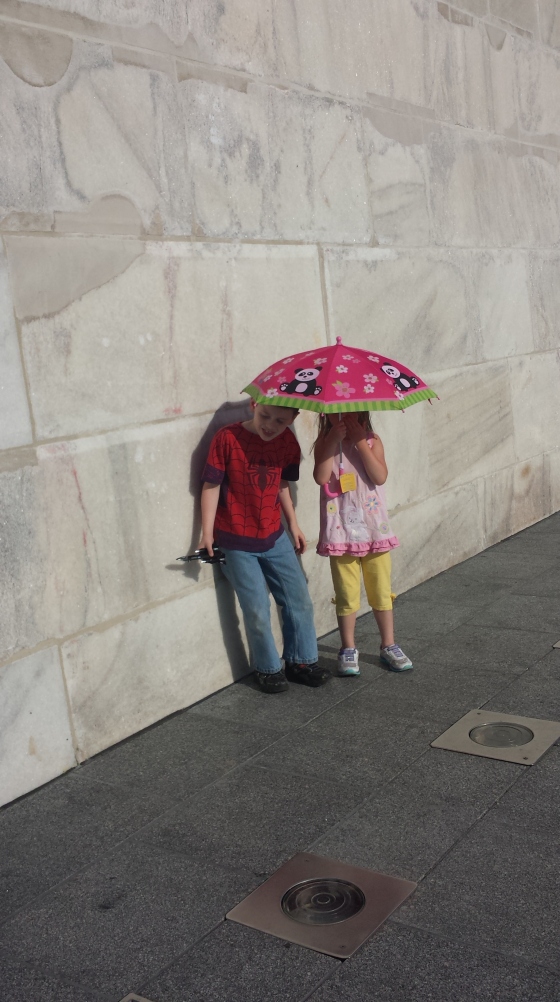 It also appeases the photo junkie that resides in my soul!
If I lived near DC, aside from being driven insane by the wheel and spoke pattern of the streets, I would probably take up jogging the mall, as many were doing, just for the view!
If you’re rolling through DC, or passing close enough to justify it, stop by, stretch your legs. Enjoy a visit to our nation’s capital!