I made a ton of these guys for the kids parties this year. We didn’t have a huge turnout for Arthur’s, and Chiara’s was cancelled due to bad behavior, so we are still playing with these funny little guys.

I started out by finding some Lego molds on Amazon. I had some huge issues getting them on time as it was a third party vendor, but the customer service people at Amazon are fabulous, and I got my molds finally.

Then it was time to raid the crayon bag. At the end of the school year it’s just easier for me to throw whatever crayons survived into a gallon ziploc bag instead of having a ton of partially full boxes. 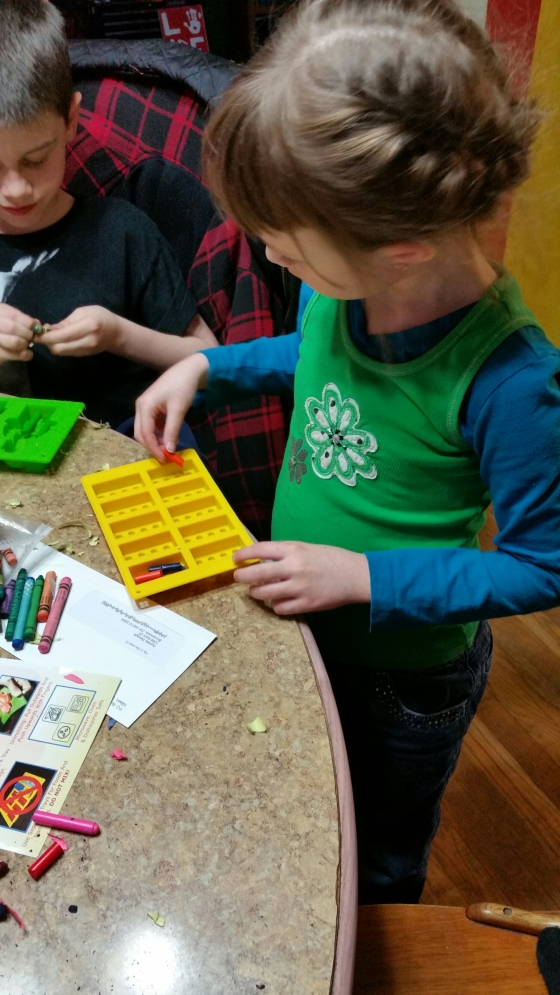 The kids loved this part, at least at first. Apparently it gets boring after a while. You have to peel the papers off, then fill in your trays. 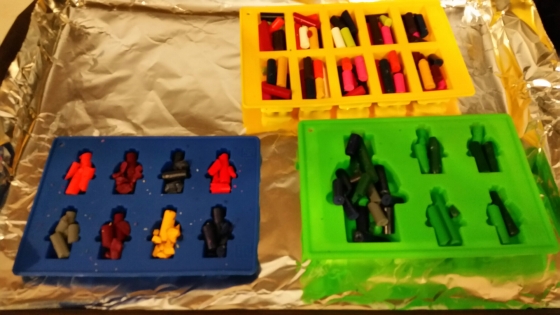 First batch by the kids and I. I wanted to keep the mini figures solid colors, Chiara went multi colored for her brick crayons. Arthur stuck with blue and his favorite color, green. 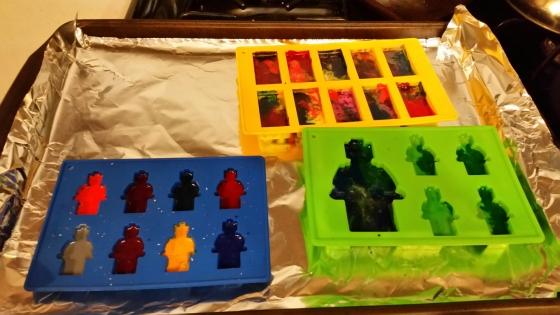 They come out of the oven all liquefied, after following the directions that came with the molds. I was more than a little disappointed in these molds because after the second batch, the blue mold had melted along the seams. I’m still working on getting my replacements!

After the crayons were completely hardened, I popped then out of the tray to sit overnight. I wanted to make sure they had cooled all the way. Then I bagged them up for party favors.

I definitely see myself making more crayons in the future, but I’ll definitely find better molds before I do!