Sometimes being a parent is tough. Diapers, potty training, making them believe that vegetables have to be eaten! Ugh! Halloween is one of the many things that makes it worth it!

My kids have been great at cooperating on family themed Halloween. I love family themed costumes. Some of our themes have included: 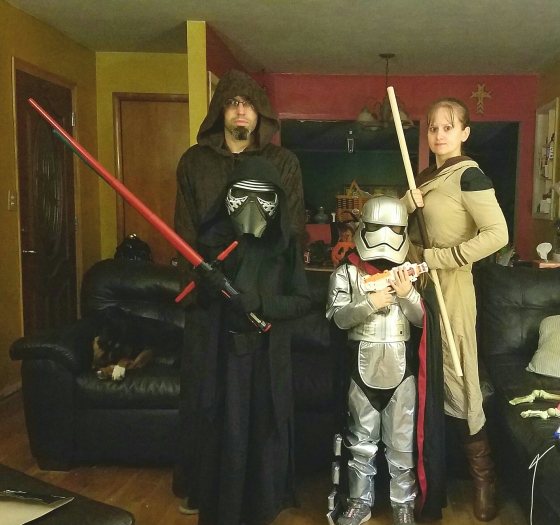 2016 Star Wars: Myself as Rey, Tony as Luke, Arthur as Kylo Ren, Chiara as Captain Phasma. 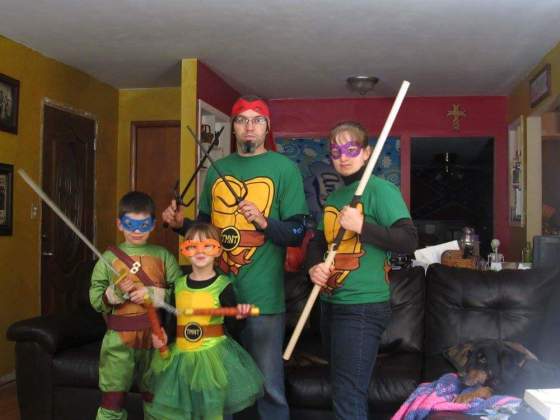 2015 TMNT: Myself as Donatello, Tony as Raphael, Arthur as Leonardo, Chiara as Michelangelo.

2013 we had to go with separate themes because we couldn’t find a costume we were looking for. Our themes were Avengers for Arthur and I, Captain America and Black Widow. Oz, the Great and powerful for Tony and Chiara, Oz and the China Doll. 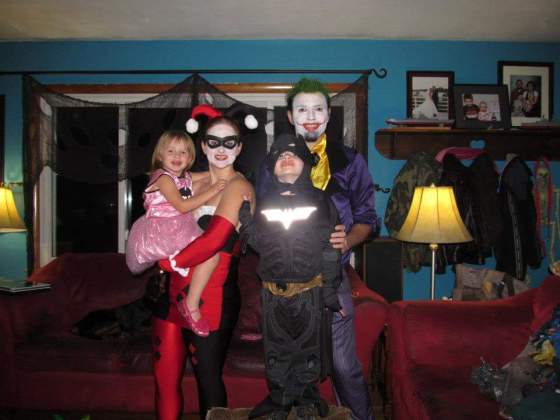 2012 Batman: Myself as Harley Quinn (before it was cool), Tony as the Joker (better than this new one), Arthur as Batman, Chiara as Batgirl.

2011 we were a pirate family. This was a personal favorite!

2010 Star Wars: Tony and I didn’t dress up this year (bad mommy and daddy), but  Arthur was Darth Vader and Chiara was Leia. Funniest thing about this year was Chiara’s costume coming from Build-a-Bear!

Have you ever had a fun family Halloween theme? What was your favorite?

One thought on “Family Halloween”